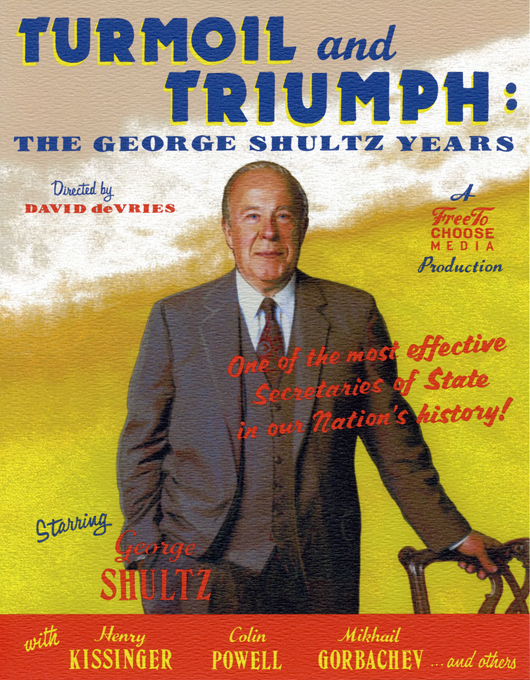 If you didn’t get a chance to see the PBS 3-part documentary series on George P. Shultz, you should. It is very well done and gives some remarkable insight.
I was extremely fortunate to work with Charlotte Shultz (Mr. Shultz’ wife) on designing the menus, place cards and movie posters (shown above) for the release party. I thoroughly enjoyed having the chance to hand-letter all the wording in old “film poster styles” from the 50’s. The headline is playfully sensationalized in that “early film poster tone of voice”… and at the same time, accurate. After seeing the film, I think you’ll agree.

For the place cards, I created tent cards that were fashioned after old theater tickets.