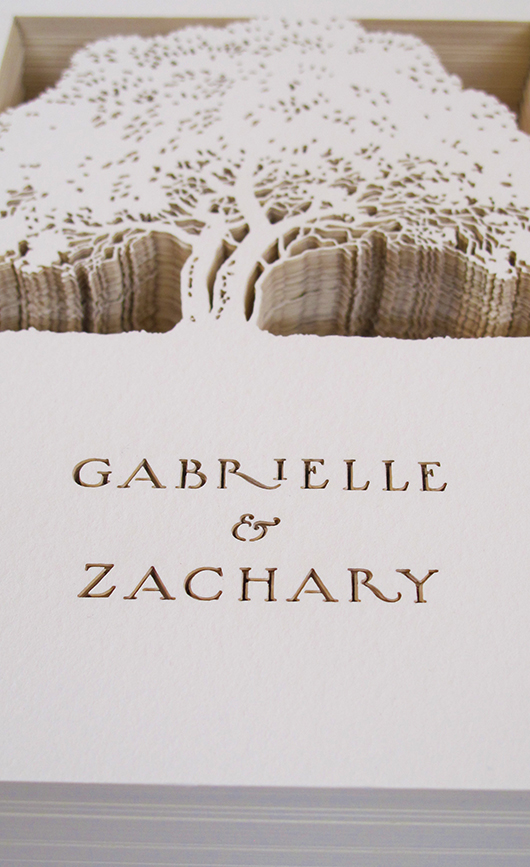 I recently completed a custom wedding invitation suite that incorporated laser cutting! I’ve been completely intrigued by laser cutting ever since my trip to New York for the National Stationary Show in May. There were several vendors at the show who specialized in laser cutting and all the samples I saw were very impressive. However, there was one vendor that really struck me, Scott Vogel of Papel Couture, based in Columbus Ohio.
I was first drawn in by their gorgeous booth, decorated with very large intricately cut wall hanging pieces, but after speaking with Scott I knew I was truly hooked. I returned home to the Bay Area with Scott’s card and various samples eager to include the technique on one of my projects. 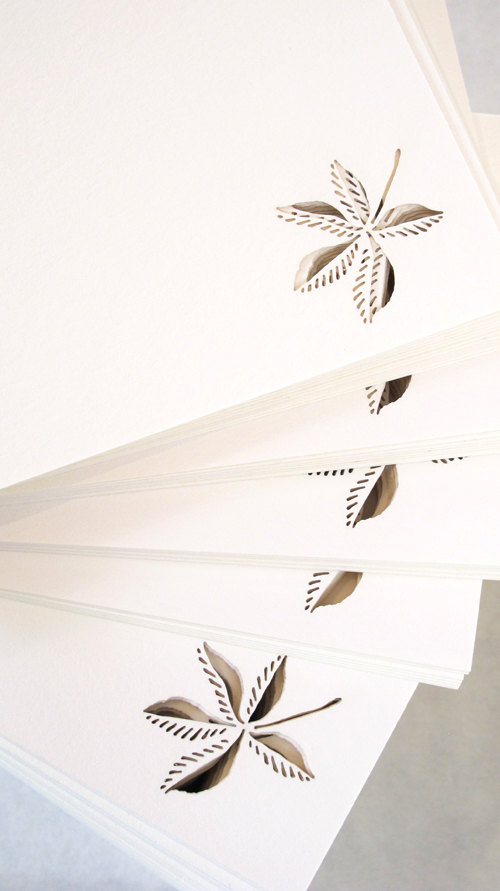 In June, that perfect project appeared, Gabrielle and Zachary’s wedding invitations! I’ve known Gabrielle for years and it was wonderful to work with a bride that I knew and adored. She wanted something simple and elegant with a nature element, she also suggested trying to bring in some subtle Japanese touches, as Zachary is half Japanese.

This is the front of their invitation! I knew the moment Gabrielle told me that she and Zack would be married under an enormous California Buckeye that the tree would be the central part of the design…. and perfect for laser cutting! It was still a challenge creating/designing an image for a technique I had no experience with. The approach was so different than creating a traditional illustration. And this is where I need to thank Scott Vogel, Scott is not only very experienced in laser cutting, he is also a graphic designer. It was wonderful and educational to work into someone who understood where I was coming from and spoke my language. 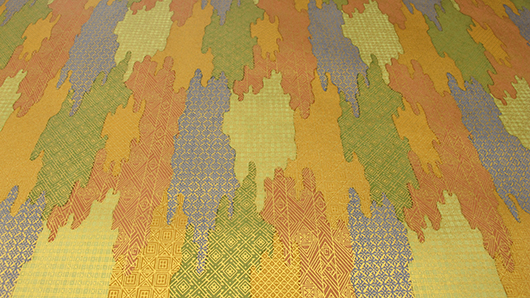 This is the traditional Japanese paper that Gabrielle picked out to back the laser cut invitations with. The palette was perfect for her outdoor fall wedding in Bolinas, California. I love the delicate gold line work, it adds such elegance. 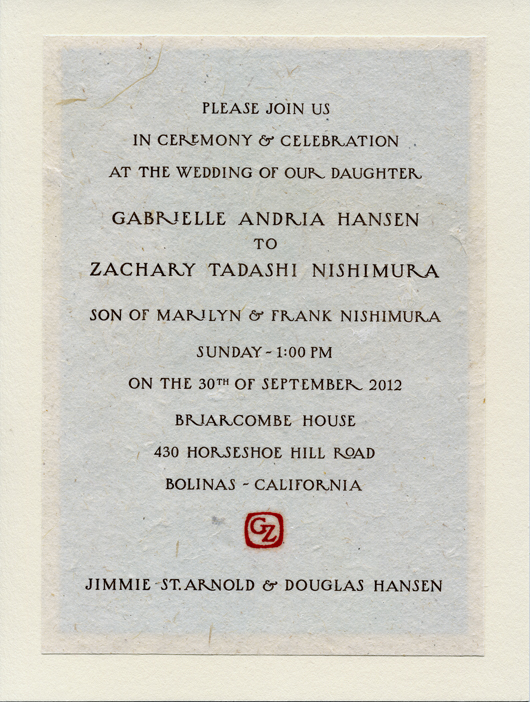 Here is the back of the invitation. I found some beautiful handmade Japanese paper to letterpress print the wording onto. I hand-lettered the wording in a graceful style reminiscent of the 20’s. I love the playful, reaching curls on the “R”s. 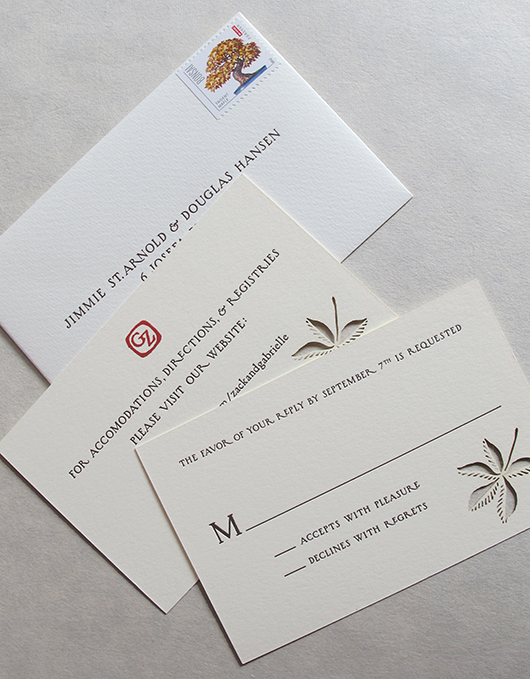 Here is the RSVP card and envelope, along with an information card. These secondary cards were kept simple with a single Buckeye leaf laser cut in the corner. I designed a simple chop/seal using a “G” and “Z” and had a rubber stamp made. The seal was hand-stamped on several of the pieces which added another subtle Japanese touch.

I found these first class Bonsai stamps online, so perfect for mailing this project! 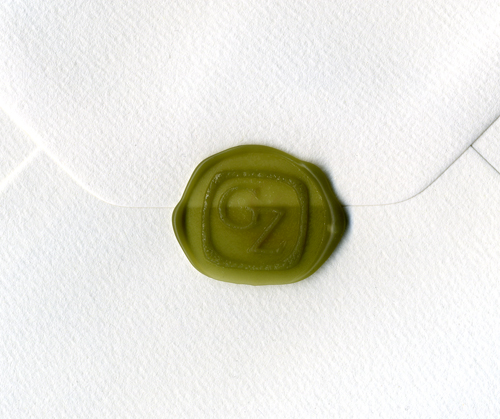 Along with the rubber stamp, we also had a custom wax seal made in the same design. The envelopes looked so beautiful sealed with such a personal touch. 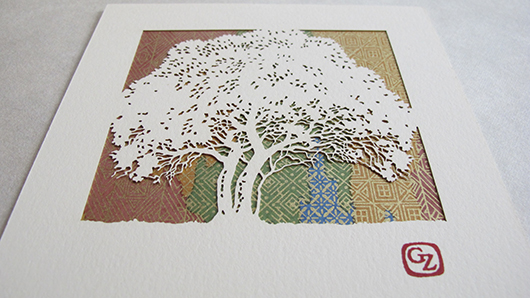 Now that I’ve seen my illustrations and designs laser cut my mind races with the possibilities for future projects! I’m so happy to have had the opportunity to use this technique and I can’t wait to experiment with it again.